Jason Day back to No.1 with WGC-Dell Match Play win 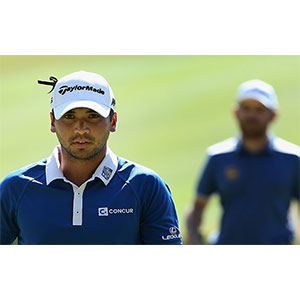 The Australian made it two wins in two weeks and two wins in three years in the Match Play to return to the World No. 1 spot.

Day takes over from Jordan Spieth as the world’s best player after beating Louis Oosthuizen 5&4 in the final.

Over the course of the week he saw off Graeme McDowell, Thongchai Jaidee, Paul Casey (who conceded due to illness), Brandt Snedeker, Brooks Koepka and then Rory McIlroy by one hole in the semis.

McIlroy would go on to lose the third/fourth match to Rafael Cabrera-Bello. The Spaniard moved up 18 places this week to secure his place at Augusta.

Oosthuizen drove the opening hole in the final but was three down at the turn, Day then birdied 13 and then played his approach to three feet to sign off a one-sided final. He will begin the Masters as the No. 1 no matter what happens this week.

What Day said: “I feel like I’m a great match-play player. I’m always trying to stick in it and stay in the game. You have to fight until it’s over. You still have to fight no matter what. And I think that’s the biggest thing for me.