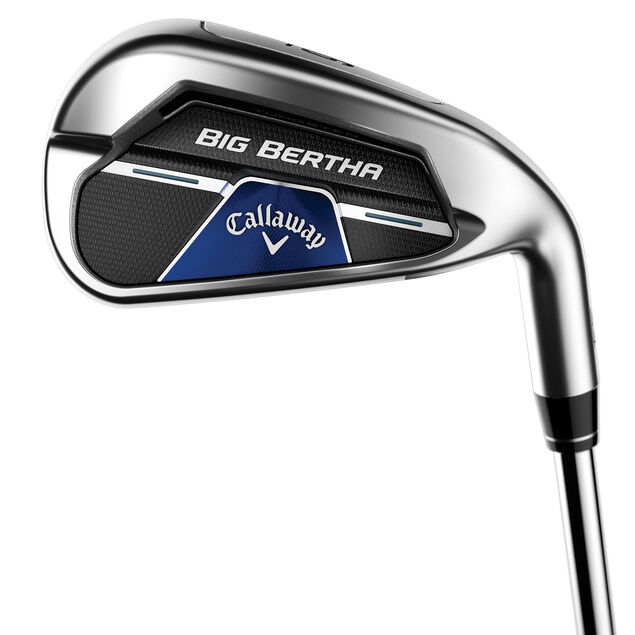 This is the very first Big Bertha iron designed Using Artificial Intelligence. Designed with Callaway Golf`s legendary Big Bertha shaping with a NEW formula for distance and forgiveness. It’s a technology package that delivers more ball speed, higher launch and straighter shots for a new level of confidence that you didn’t think was possible.

The Big Bertha B21 Irons Feature:

The irons have a Visible Tungsten Energy Core (VTEC) fused into the construction. In a deeper positioned to lower the CG in each iron for higher launch while still maintaining ball speed.

The iron has an extremely soft feel thanks to over one million microspheres are strategically placed into each clubhead to absorb unwanted vibration. The patented urethane microspheres also maximize COR for even more ball speed performance.
Code: 364480