BATTLE OF THE BRANDS – TAKE THE CHALLENGE NOW 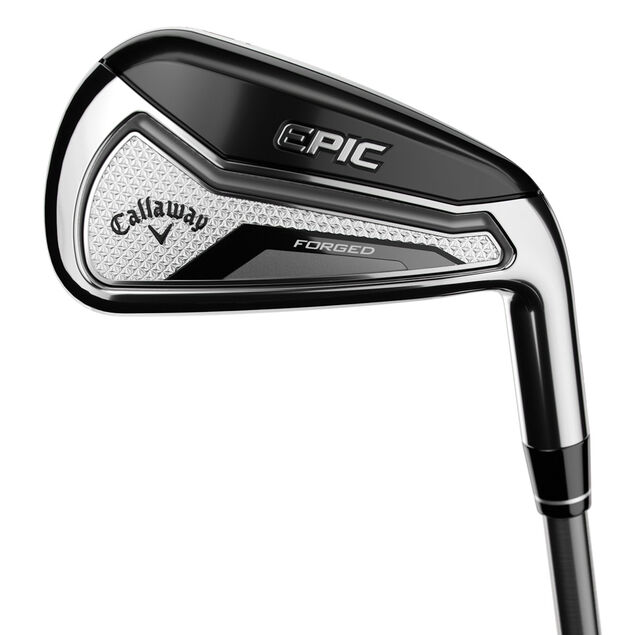 These ultra-premium irons provide a pure sound and feel, with precision engineering and meticulous craftsmanship for incredible forged performance. The irons are forged from 1025 Carbon Steel body with patented urethane microspheres to absorb unwanted vibration for a great sound and feel, this without losing any speed performance off the face.

For the very first time, engineers at Callaway Golf has used the Suspended Tungsten Core in a forged iron. The tech suspends the custom tungsten weighting using our Urethane Microspheres, this precisely positions the centre of gravity for a controlled launch and distance numbers you can count on.

These technologies are geared to provide you with more ball speed, across a greater area of the clubface. The 360 face cup employs a shallow, flexible rim around the perimeter of the face which flexes at ball impact to preserve ball speed. Callaway Golf has also applied a new VFT pattern which promotes consistent distance performance and spin rates.

The Epic Forged iron set is complete with Aerotech SteelFiber FC shafts and Golf Pride Tour Velvet Grips. Aerotech is a leader in graphite shaft technology and is re-known for some of the best graphite shafts in the world.

The shaft delivers the power of graphite and the stability of steel, with a graphite inner core which is wrapped with SteelFiber surface layer. It has a progressive tip design that delivers higher ball flight in the mid and long irons while maintaining the classic SteelFiber launch in the scoring irons.