'To be part of The Masters is very surreal'

Harry Ellis battled from four down with five to play to win the Amateur Championship and book his place at the Masters. Mark Townsend chatted to him as he prepares for Augusta

The Masters does a very cool thing before a ball has been struck on Thursday in listing the amateurs on the main leaderboards dotted around the course. This year one of them will be Harry Ellis, winner of the Amateur Championship last June at Royal St George’s.

It might have taken the Southampton youngster 38 holes to overhaul Aussie Dylan Perry but it booked his place at the Open the following month and this year’s Masters and US Open.

“It’s a dream come true, it’s the ultimate place to play golf and the ultimate tournament to be a part of. There are only six amateurs in the field. The important thing for me was to win the Amateur Championship, it was one of my goals because I thought it would be special to have the English and the British on the resume. To be a part of the Masters is very surreal.

“I’ve always held it to myself that I’d never want to go as a spectator so it was always a goal to play in the Masters and it has obviously happened a bit quicker than I thought it would. 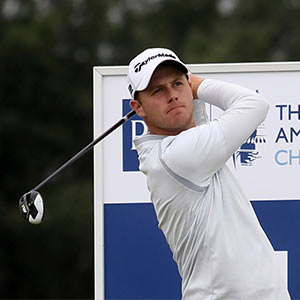 “My dad and I took a visit there in a practice round last October. My dad was there as a guest and it was everything you thought it would be but better. HD doesn’t do it justice on TV, It’s just so special. I just played the one round and my dad was just allowed to walk but it was special to share that moment together.

“The 15th, when you get to the top of the hill, is pretty special. When you look down at the green it’s really cool, that was one of the vivid memories from when I played it. The front of the 8th is really small and it expands at the back a lot more than you think.

“It was one of the friendliest places that I’ve been to in terms of once you’re inside the gates. My dad and I definitely picked up on the hospitality and felt really comfortable there, they just allow you to enjoy the whole experience. The product itself is off the charts but there is a golf club feel to it.

“I’m taking another visit at the beginning of March as it’s only a five-hour drive from university. Then I’ll make my way there the week before the Masters and accustom myself to the conditions of the tournament. By then I think the course will be playing close to what it’ll be playing the following week.

“You don’t want to get there too early and drive yourself insane with it. One of the things I picked up at the Open you can tend to do too much because everything is laid on for you so it’s about finding the right balance and maintaining energy levels and just doing the right things really. I’m not going to over work myself with it but I’m going to give myself enough time to prepare for the tournament and give myself the best possible chance to play well.

“Some of my strengths are tee to green and Augusta isn’t as narrow as I thought it would be compared to the Open and I think it’s a shot-shaper course. I normally like to see the ball move from right to left as well and it’s definitely a draw bias course. I think my first impression was that I can do well here, obviously with the circumstances of being back in that environment of the majors and then having all the other elements and the conditions of the greens it will be a bit different but I feel like I’ve got a good chance of producing some good golf.

“The Masters is always in the back of your mind and, as it gets near, you think ‘wow, time’s ticking’. I’ve become a very day-to-day person and set myself goals each day to try and focus my attention on getting better. That helps in taking staying disciplined in the now really and, if I can do the right things leading up to the Masters, it will give me the best possible chance to play my best. If you think about it too much, by the time you get to the tournament you don’t enjoy it as much because you’ve exhausted yourself thinking about it for so long.

“I’ll stay in the Crow’s Nest for one or two nights. We have an amateur dinner on the Monday night so I’ll probably stay there that night. But it’s nice to stay away from it as well and spend some time with the family so you can relax and get away from that bubble. You get eight passes as a player.

“My earliest memory of Augusta was watching Tiger Woods in 2001. Last year was one of the best climaxes we’ve seen for a long. It always provides great drama but last year with Justin and Sergio going at it was awesome. The Masters over here is global, even people who don’t play golf tune in to watch. It’s pretty cool to feel that. People in class have got it on their laptops. There are a lot of people who come into school with Masters logo on their clothes.”