The BMW PGA Championship is the one every European golfer wants to win. There's no surprise to see the stars flocking to Wentworth yet again this year, as Rory McIlroy headlines the field.

The tournament was founded in 1955, and has only missed two years since, being played at a host of world class courses across Britain, such as St Andrews, Royal St George’s and Royal Birkdale. In 1984, the tournament – then the Whyte & Mackay PGA Championship – moved to the Wentworth Club, and it has been a permanent fixture on the European Tour ever since.

Widely recognised as the flagship event on the European Tour, the West course has seen its fair share of illustrious winners. Nick Faldo, Seve Ballesteros, Bernhard Langer, Ian Woosnam, Colin Montgomerie, Luke Donald and Rory McIlroy have all triumphed here, so there’s no wonder why the stars continue to flock to Surrey every year.

This time around, it’s no different. While we’ll be without Justin Rose and Henrik Stenson, Rory McIlroy headlines the field and he’ll be looking to win his second title here after shooting a sensational final round 66 in 2014 to steal the trophy from Shane Lowry. 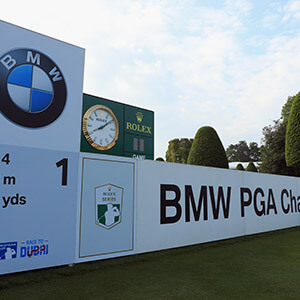 Likewise, Paul Casey has been here and done it, albeit nine years ago, but this year Casey’s appearance is pertinent given it’ll be his first start at Wentworth in five years. Of course, the Englishman, who recently won the Valspar Championship on the PGA Tour, opted to re-join the European Tour this year to meet Ryder Cup qualification requirements.

And then we have Alex Noren, who returns to the scene of his incredible victory 12 months ago. He started the final round seven shots adrift of the leader, but he fired a 10-under-par round of 62 – including a magnificent eagle on the 18th – to win by two. There have been few more prolific players on the European Tour than the Swede in recent years, and as he returns to Europe after spending the majority of this season in America, expect the 35-year-old to put up a stern title defence.

England’s Tommy Fleetwood doesn’t have a great record here, but last year’s Race to Dubai champion has really turned the screw in the past two seasons and he enters this week as the third highest ranked player in the field. It would be a big surprise to see him not turn around his Wentworth form, which includes two missed cuts in six appearances, with an event high of 6th three years ago.

Everywhere you look, there are terrific storylines waiting to be played out.

Ian Poulter returns to a course that has so far troubled the Ryder Cup hero, but he arrives in the best form in years.

In Lowry and Francesco Molinari you have two players that have done everything but win here, while the duo of Lee Westwood and Martin Kaymer will be looking to rekindle old form.

But what will the players face when the tournament gets underway on Thursday? Recent weather has been terrific and that looks set to continue with forecasted temperatures of low 20s and sun across all four days.

Yet the course remains in prime shape, particularly the greens which look in perfect condition after undergoing renovation just two years ago.

The whole venue looks as majestic as always, none more so than the infamous par-5 18th, where the players will face a conundrum. Try to reach in two and set up an eagle chance, or lay up to leave a flick with a wedge and a resulting short putt for a birdie.

If it comes down to this hole on Sunday, expect fireworks.