Jon Rahm relied on a bag full of TaylorMade gear as he ended the 2017 in style with a win at the DP World Tour Championship in Dubai.

The only real change we’ve seen this year from the Spaniard is the addition of the new TaylorMade Milled Grind Hi-Toe wedge.

It’s the same model we have seen Justin Rose and Dustin Johnson testing in recent weeks.

Other than that it is pretty much the same equipment which he won the Irish Open with back in the Spring.

Rahm favours the M2 driver but opts for the M1 fairway woods.

He uses the P750 irons – which were used by compatriot Sergio Garcia before he switched to Callaway clubs – which are slightly more compact than the P770 models. 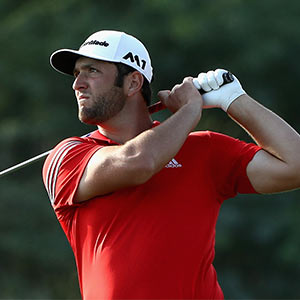 The Spider Tour Red putter has been a mainstay in Rahm’s bag this year and he favours the TaylorMade TP5x ball.

“It’s been an incredible year, and to finish this way is a great achievement,” Rahm said.

“I will enjoy the moment, but I want to keep working hard to improve my game and kick on again in 2018.”