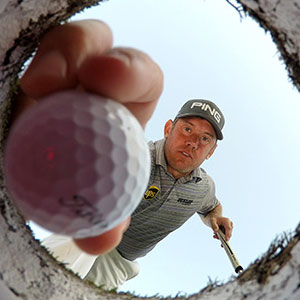 Is it the most miraculous round ever played by an amateur golfer? Or just an astonishing tall tale?

A 59-year old former US Marine, Patrick Wills, has claimed to have shot a 57 round which was highlighted by three hole-in-ones during a summer solstice tournament at at Laurel Hill Golf Club in Lorton, Virginia.

Two of which came on par-4 holes.

Wills was well aware that there would be many skeptics to these reports.

“I’ve been around the world 10 or 12 times, fighting for this country’s [United States] freedom," he said. "People are allowed to believe what they want to believe - I fought for that freedom. But I know what I shot, my playing partners know what I shot and the people at the tournament do as well. I mean, I’m an accomplished amateur. I set my first course record when I was 16, shot a 65 or 66, and I’ve added a few since then."

"Anyone that has ever played a competitive round with me, they know what I’m capable of. They’ve seen it. So people are entitled to believe what they want, but I’ve always been drawn to golf because it aligns with my morals. I’d rather call a penalty on myself, or even disqualify myself, because I respect the game.”

Wills' 'dream' round got off to a fairly impressive start, with the 59-year old birdieing four of the first six holes, before dropping a shot on the par-3 fourth hole.

It wasn't until the 7th hole par-4, measuring 278 yards, that this round turned in a miracle. Wills said he lasered the distance as 250 yards to the front of the green, hit a "baby-draw 3-wood" and then went to go find his ball.

"I was trying to be realistic, so I started looking on the back of the green," Wills said. "I was pleasantly surprised to say the least."

With one ace in the bag already, and a blistering start behind him, Wills made the turn in 29.

Wills hit a driver, and claimed the "shot looked pretty good", his playing partners told him the ball was in the hole - for the second time.

"I literally said to myself, 'Get real.' I thought they were teasing me," he said. "Never in my wildest imagination did I think I could get multiple ones in the same round."

With four holes to play Wills had to keep calm after jarring a 5-iron up the par-3 14th hole leaving his playing partners "dumfounded".

"I still had four more holes to play," said Wills. "I knew I had a special round going, and I didn't want to throw that away."

Wills played his final four holes in 1 under to record his all-time best with a 14-under 57, but the score could have been even lower.

After reaching the green on the par-5 18th in two shots, he three-putted from 18 feet, much like Dustin Johnson's painful close at the U.S. Open.

"I almost would say that I can empathize with him now," Wills said.

GolfChannel.com reports that Laurel Hills' director of golf has verified the score for network.

The odds of a golfer making two aces in the same round are around 26-million-to-1.