Adam Scott says Olympic Golf should have been aimed at amateurs 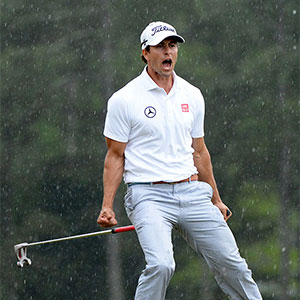 Adam Scott has posed the question many people have been asking ahead of golf’s return to the Olympics after its 112-year absence: why didn’t they make this all about the amateurs instead of relying on the pros?

“I’ve always believed that having the amateurs in from the start would have been the best way for it to go in the Olympics,” Scott said during a news conference ahead of this week’s WGC-Bridgestone Invitational.

“I’d make an argument that having the amateurs in the Olympics would grow the game the most, not us.”

Scott’s words echo that of many in the game, and even more of those away from it. Had the amateurs been given a chance to step up and participate in the Olympics, there would likely be less players dropping out due to having busy schedules or lack of game time.

It has also been speculated that the International Olympic Committee (IOC) wanted Tiger Woods and Phil Mickelson, but have ended up with neither of them.

“If I think back to when I was 16 or 17 years old and a promising golfer,” said Scott, “making the Olympics would be something that I’d want to do very much and also be a very big deal, not only to me but to my country, as well at that point. I think having a young golfer aspire to be an Olympian is more realistic as an amateur than a professional. … I believe putting the amateurs in would be a better result for growing the game, if that’s the point of our sport being in the Olympics.”

And Scott has admitted that no matter how much a gold medal might appeal, it would never eclipse the importance of winning one of golf’s majors.

“It’s just kind of shoved in there at a very critical time for everything I’ve ever dreamed of winning,” Scott said.

Golf deserves its place in the Olympics and might need to reconsider its way of organising the games going forward to have any chance of being kept a part of the tournaments going forward.