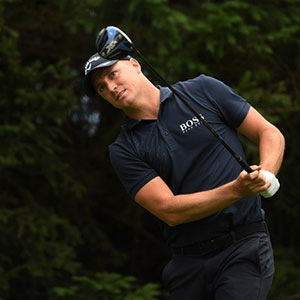 Alex Noren landed a second win of the season following his Scottish Open triumph but this time it went to extra holes as he outlasted Aussie Scott Hend.

The 2009 champion did the bulk of his good work on the front nine, reaching the turn in 30, but a three-putt bogey at the 17th meant he would sign for a 65, the same mark as Hend (66). The Aussie got a big slice of luck at the 72nd hole when his approach from under the trees skipped the water.

But at the first extra hole Hend again found the trees, only to see it bounce out, but Noren calmly rolled in a 25-footer to see him off. It was his sixth victory on Tour.

Andrew Johnston also posted a 65 to secure his second best result of the season while there was not so good news for some of the Ryder Cup side; Lee Westwood (4th) shot a best-of-the-day 63, Matt Fitzpatrick (T7) had a 64 (he opened with a 75 and still finished -10) while defending champion Danny Willett (T12) also fired a 64.

“I’ve worked hard this season. I tried to play more golf and I feel steadier with my driver. My driver hasn’t been my good side but now it is steadier. I’ve never won coming from behind or won in a play-off on the European Tour so that makes it more amazing.”