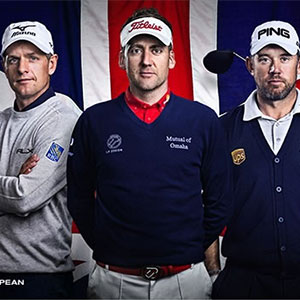 American Golf is heading to this week’s British Masters and is supporting the event by offering members of the public free lessons with our PGA Pros.

Held at Woburn CG in Bedfordshire, the British Masters will be contested for the first time since 2008. To mark this special occasion, American Golf will be exhibiting on site with visitors who take up lessons invited to try a variety of golf clubs from our huge range while also getting the chance to take part in American Golf’s Tour Experience.

Since the event’s return was announced in March following strong backing from Sky Sports and the likes of Westwood, Poulter, Rose and Donald (Poulter is this year’s tournament host), the British public has been quick to snap up all 15,000 free tickets given away as part of the ‘Sky Sports Thursday’ promotion.

Such a fresh, exciting approach is one of the reasons that American Golf is getting involved in the tournament.

“We want to show people why we love golf and the British Masters with Sky Sports is the perfect stage to do that,” said the company’s head of marketing, Daniel Gathercole.

“Whether you are a non-golfer picking up a club for the first time, an existing player who wants to improve your game or a fanatic who wants to get inside the ropes and explore the secret world of the Tour Lab, then we have something for you!”

The British Masters promises to be a fascinating event with five major winners, two former World No.1’s and 22 Ryder Cup players teeing it up, with the prize fund for the tournament totalling £3million.

As well as offering activities for beginners and game-improvement, American Golf will be holding a Chipping Challenge that gives people the chance to win a brand new Titleist Vokey Wedge.

The British Masters is shaping up to be a great event and American Golf is proud and excited to be part of the festivities. We look forward to welcoming everyone who is attending and hope you have a great weekend.