Bae Sang-moon ordered to serve two years in the military 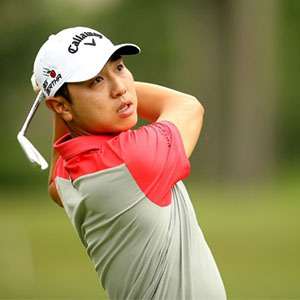 Two-time PGA Tour winner Bae Sang-moon has lost a court appeal which means he will now return to South Korea to serve a two-year stint in the military.

The 29-year-old, winner of the Byron Nelson two years ago and last year’s Frys.com Open, lost an appeal for an extension on his overseas travel permit in December.

And, unable to delay it any further, will have to call time temporarily on his career though it is not clear when he will return home.

All able-bodied males between 18 and 35 must serve two years in the military and that means Bae will likely miss the chance to participate in next year’s Olympics.

A (politically correct) statement read: “The court's ruling today reminded me of the fact I should put my duty as a South Korean citizen ahead of my golfing career.

"I decided that I can mature further as a golfer by returning home as soon as I can and complete my mandatory military service."

A rule may be put in place that would mean Bae could return to the PGA Tour at the same level as where he left from.