Congratulations to all our american golf competition winners


Every day throughout the 2014 Open Championship, american golf announced the location of a Limited Edition golf ball marker which people attending the event could find and collect by logging onto the @AmericanGolf_UK Twitter and Facebook page .

143 ball markers – in celebration of the 143rd Open Championship – were up for grabs, and those who participated in the fun and received their Limited Edition keepsake were then asked to tweet a ‘selfie’ of themselves with it to @AmericanGolf_UK.

And everyone who entered the competition was automatically entered into an overall Grand Prize Draw to win a Custom Fit set of clubs and a European Holiday courtesy of @GolfBreaks – at the Hotel La Finca Golf and Spa Resort 5*, Costa Blanca, Spain, with 5 nights B&B and 2 rounds of golf for 2 people.

Thank you to everyone that got involved in the competition, and remember to keep checking the american golf Facebook, Twitter and Golf News pages to make sure you don’t miss out on any exclusive offers or prizes.


Congratulations to Elizabeth Daly, overall winner of the Grand Prize, who walked away with a set of Custom Fit golf clubs and an amazing holiday in Spain! 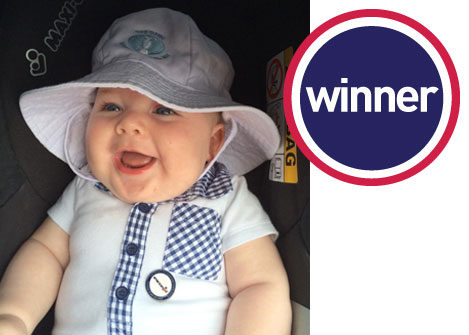