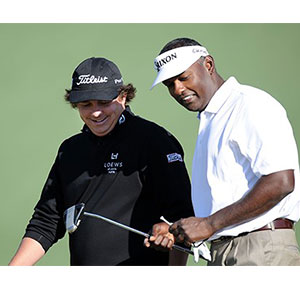 Vijay Singh’s deer antler spray legal battle took another strange twist when it was revealed that he only discovered that IGF-1 was on the PGA Tour’s banned substance list thanks to Jason Dufner having a sit down on the toilet.

We’ll let Vijay explain….“[Dufner] said it was accidental how he read it.

“He was sitting in a can (American for toilet) having a you-know-what and it (the banned substance list) was laying on the floor so he picked it up, and he was surprised that it was on it.

“He said if he hadn't been in the can at that moment in time, he'd have never known that it was [on the banned list].”