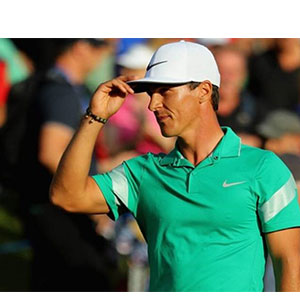 What was a seven-shot lead overnight was down to one in Turkey but Olesen got the job done, eventually by three shots, for his fourth win on Tour.

No player has ever squandered that big a lead on the European Tour but Horsey (65) was out in 29 and got within one when he two-putted for a birdie at the 12th. But the Dane also made a four, added another birdie two holes later and made another at the next.

Olesen, who shot a 62 on Friday, bogeyed 16 but two pars for a 69 gave him the first prize of just over one million Euros.

China’s Li Haotong (65) shared second with Horsey with Austria’s Bernd Wiesberger two shots further back. Masters champion Danny Willett, who needed to finish fifth or better to reclaim top spot in the Race to Dubai from Henrik Stenson, finished joint 68 in a 78-man field. He did consider withdrawing from the Nedbank such was the disillusion with his game.

What Olesen said: “I knew it was not going to be easy. I knew on this course you can really shoot a low score if you get it going and some of the guys did that on the front nine.

“It got really close and put a lot of pressure on me but I felt I was very patient, mentally I was strong in the middle of the round. It was very difficult those last four holes but before that I felt like I played some really, really great golf this week.

“It’s been a bad spell for me. I played well at the start of the season and felt like I had a good chance to actually make the Ryder Cup team. In the summer I just got into a bad spell and played badly in the big events. Coming back here and then winning such a big tournament is huge.”