Five things we learned at the US PGA 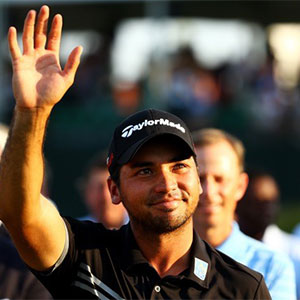 1. Jason Day was due

And in a big way. While Jordan Spieth's Major season will go down as one of the best on history, even the Texan phenom would surely not begrudge his final-day playing partner a first Major title.

The Queenslander has become the fourth Australian to win this championship, following in the footsteps of Jim Ferrier (47), David Graham (79), Wayne Grady (90) and Steve Elkington (95).

Day's consistency in the Majors is incredible – this was his 10th Major top-10 finish in just 21 appearances.

Just two months ago, his US Open chances were affectively ended by a bout of vertigo related to an ear infection. Now he is looking down on the golfing world.

It surely isn't getting carried away in the moment to suggest that here is a golfer good enough to challenge Rory McIlroy and Jordan Spieth for years to come and make this into a three-way rivalry.


2. We salute you, Jordan Spieth

He's the new World No 1 and he chased Jason Day all the way to the finishing line.

It summed up Spieth's relentless form this calendar year and gives him a Major record in 2015 that reads: W, W, T4th, 2nd. His total score in the four events in relation to par is more than 50 under par.

Yes, he has been helped by Rory's mid-season injury but he fully deserves his new status as officially the best player in the world.

And so consistent is he that even Rory might struggle to reassume pole position.

Right now, it seems that he doesn't even need to be at his best to contend – over the course of a Major he just naturally makes his way through the field to the top of the pile.

It might not always be this way and who really knows what kind of form he will bring to Augusta next April but it feels for all the world that Spieth is embarking on a special career.


3. Rory was just too rusty

It was well worth him giving Whistling Straits a go as long as he was confident he could not do his injured ankle any further harm. There was nothing else to lose.

With no Major action now for eight months, Augusta is a long way away. You only get four chances a year to add to your Major collection and Rory had already sacrificed one of those by missing out at St Andrews.

Of course he came here to win, but in truth his chances were extremely limited. To turn up for a Major with so little preparation makes life extremely difficult and we all know that it is on and around the greens that it shows the most.

He actually played very well all week – to finish in the top 20 in what was his first start since June is remarkable.

It does however mean that he ends the year Major-less – and not many would have predicted that 12 months ago on the back of winning both the Open and the PGA.


4. This was a birdie-fest, unlike the US Open

At face value, yes. Over 50 players finished the week at Whistling Straits under par, compared to just eight at Chambers Bay in June's US Open.

But with par at the latter 70 versus the former's 72, let's look at the aggregates instead.

In the US Open, 45 players finished at 287 or better – a total good enough to register as sub-par when the par is 72.

Yet at one event we were hearing about an impossible course and greens variously described by the players as like putting on broccoli or cauliflower.

While the other featured flawless greens and a host of scorable par 5s and short par 4s.

It makes you realise (or it should do) that for all their attempts to manipulate course conditions and therefore the scoring, the USGA by no means always succeed.

There are marked similarities between the two host courses of Chambers Bay and Whistling Straits – the difference this year was the way their respective orgainsers (the USGA and PGA respectively) went about setting up their venues.

I know which one the players preferred.


5. It was the US Open leaderboard all over again

In both Majors the following players finished in the top 20:

That's curious. It must reflect the fact that the courses had similarities (see above). It also tells you that these men have been among the best players in 2015.

The notable absentee from this list is our Open champion, Zach Johnson, whose record in the Majors reads: T9, T72, 1, MC.