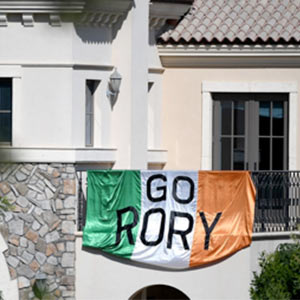 When Rory McIlroy withdrew form the Olympics he said it was down to the Zika virus. Now he has revealed that he resents the Games for making him choose which country to play for.

A statement last June, which not many probably bought into, said: “My health and my family’s health comes before everything else. Even though the risk of infection from the Zika virus is considered low, it is a risk nonetheless and a risk I am unwilling to take.”

Now, in a fascinatingly open and honest interview with the Sunday Independent, he admitted that he was wholly uncomfortable with representing a particular country – had he taken part he would have played for Ireland rather than Great Britain.

“Not everyone is driven by nationalism and patriotism,” McIlroy explained. The 27-year-old, who grew up in County Down, identifies himself as Northern Irish rather than British or Irish which made his decision a particularly tough one.

“All of a sudden it put me in a position where I had to question who I am. Who am I? Where am I from? Where do my loyalties lie? Who am I going to play for? Who do I not want to piss off the most?” he said. “I started to resent it and I do. I resent the Olympics Games because of the position it put me in, that’s my feelings towards it, and whether that’s right or wrong, it’s how I feel.”

McIlroy went on to reveal that, in a text exchange with the gold medal winner Justin Rose, the Englishman asked if he thought he had made the wrong decision in not playing.

“I don’t know the words to either of them; I don’t feel a connection to either flag; I don’t want it to be about flags; I’ve tried to stay away from that.”