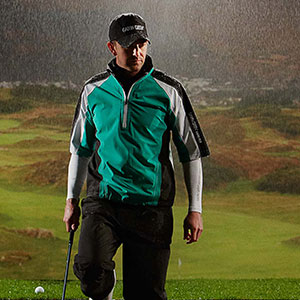 Galvin Green has been named the Official Team Supplier of Outwear to the 2016 and 2018 European Ryder Cup Teams.

The brand, which is a leading supplier of quality weather-conscious clothing ranges, has been selected to supply its premium waterproofs to the 12 team members representing Europe, at Hazeltine National in Minnesota next year, from 27th September to 2nd October.

The same attires will also be worn by Team Captain Darren Clarke, his Vice Captains and caddies. In 2018 Galvin Green waterproofs will also be supplied to the European Team’s Ryder Cup matches, scheduled to be played at Le Golf National close to the city of Paris.

Giving his verdict on the deal, Darren Clarke said: “Galvin Green waterproofs keep you dry, look the part and, because they’re lightweight, are also very comfortable to wear, so they tick all the boxes for me.

“I’m delighted they’ve come on board as an Official Team Supplier, I’m sure the players will be just as delighted when they get kitted out next September.”

Mike Johnson-Hill, Managing Director of Galvin Green UK & Ireland said: “We are extremely proud that Galvin Green has been selected to provide outerwear clothing to Europe’s finest players competing in the biggest team event in golf.

“As a leading European brand that is entirely dedicated to golf, we value this new association a great deal and intend to give Europe’s players the most outstanding waterproof garments that new technology will allow.”

Galvin Green has also retained the License for producing a dedicated Ryder Cup collection for regular golfers that it introduced with great success ahead of Europe’s triumph at Gleneagles last year. The new collection is scheduled to be launched before the 2018 event in France, when The Ryder Cup returns to Continental Europe for the first time in 21 years.


At American Golf we are a proud supplier of Galvin Green clothing, from waterproof jackets and trousers through to headwear and accessories. Check out the full Galvin Green golf range today.