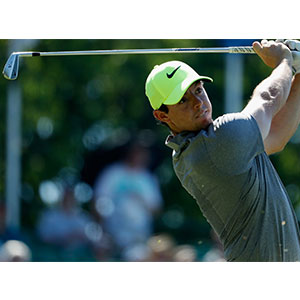 Winning a gold medal is not the pinnacle of success for golfers according to World No.4 Rory McIlroy, who says he has no concerns about deciding against travelling to Rio for the Olympic Games.

When the Northern Irishman pulled out of the event last week, there was widespread disappointment that one of the world’s most recognisable players would not be attending after golf was reinstated to the Games for the first time in 112 years.

McIlroy pointed to the Zika virus as reason behind his decision, although he added that winning a medal at the Olympics was not one of his goals.

"Most other athletes dream their whole lives of competing in the Olympics, winning an Olympic gold, and we haven't," McIlroy told the media. "We dream of winning Claret Jugs and we dream of winning Green Jackets (at Augusta National).

"I've said to people I have four Olympic Games a year (referring to golf’s four majors). That's my pinnacle. That's what I play for. That's what I'll be remembered for."

Organizers and the World Health Organisation have said the risk of contracting the virus, which can cause birth defects and been linked to the neurological disorder Guillain-Barre in adults, was low. However, McIlroy says he is not prepared to take the risk and other golfers who have also pulled out should not be ridiculed for their decisions.

"Jason Day has a young family. I'm getting married next year," McIlroy said. "People just aren't comfortable going down there and putting themselves or their family at risk.

"If the Olympics were in most other cities or countries, you wouldn't find as many people not wanting to go.

"There's another Games in Tokyo in 2020 and I'm more than happy to wait until then to get that Olympic experience."