Houston no problem for Augusta-bound Henley

There are few better ways to qualify for the Masters than shooting 10 birdies in a Sunday 65 to earn the final spot. Henley began the day four adrift of Sung Kang following the Korean’s opening rounds of 65 and 63.

But the birdies dried up for Kang and Henley, our each-way tip at the start of the week, was on level terms after five of his own in the first eight holes.

But after a hat-trick of birdies he gave two of them back at the short ninth before pulling back to level with six to play. The American, who has played in three Masters previously and won twice on Tour, then added another hat-trick of birdies with two short putts at par 5s bookending a 35-footer at the 14th.

A 10th birdie followed at the 17th and he could afford to limp his way down the last for a three-shot win.

Rickie Fowler tied for third with Luke List while Jon Rahm headed to Augusta with a closing 67 for another top 10. English duo Justin Rose and Andy Sullivan finished in a tie for 15th with a 70 apiece. 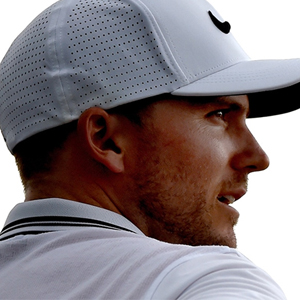 “It hasn’t quite hit me yet that I’ve earned a spot to the Masters,” said Henley, who started the week at No. 117 in the world rankings.

“I tried to go into it with the mentality that I could do it and win it. And I started to believe it.”Kang added: “Russell just played it great. He putted really well, made almost everything.