A powerhouse field for the 2013 HSBC Women's Champions will see 63 of the world's leading female golfers, including 38 of the top 40 on the LPGA money list, gather in Singapore for the tournament at Sentosa Golf Club this weekend.

World No.1 Yani Tseng and World No.2 Na Yeon Choi are just two of the prominent names vying for a share of the US$1.4 million prize purse and the opportunity to be crowned 'Champion of Champions'.

However it’s difficult to pick out a favourite as the annual tournament, which began in 2008, takes place at its new home, The Serapong Course at Sentosa Golf Club.

Angela Stanford spoke of the difficulty of getting accustomed to the Serapong course, which replaces the Garden course at Tanah Merah Country Club. The defending champion said, "I've just walked around the back and it's different - it's a new challenge but I'm looking forward to a great week".

This year’s HSBC Women’s Champions will be held in conjunction with HSBC Celebrating Successful Women events which aim to engage successful women of various professions. 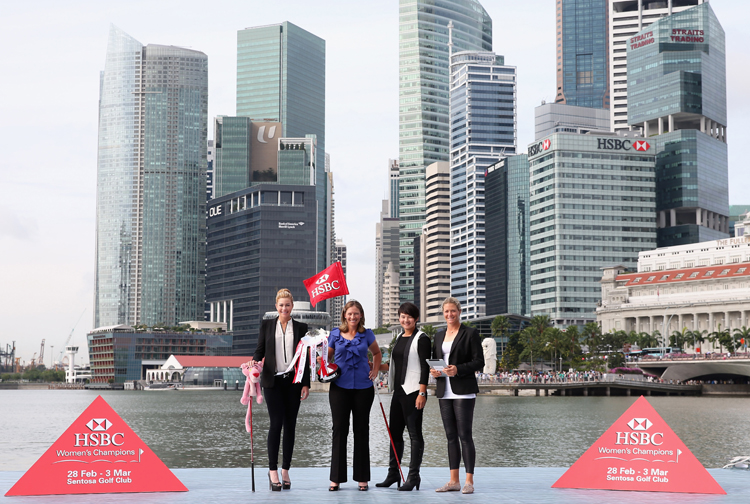