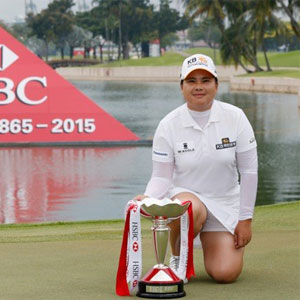 World number two, Inbee Park, sent the world of women's golf a clear message that she wants her number one spot back after her win at the HSBC Women's Champions. The South Korean with her first win of the season, and LPGA Tour win No 13, shot a two-under 70 to finish at 15-under in Singapore.

Park, who did not drop a single shot all week, said: "I played another solid day today. I played really good out there. Being patient out there and no bogeys out there is a really great result."