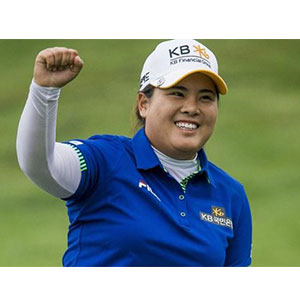 The Korean made it win number five for the season after finishing birdie-birdie in Mexico for a 64 and three-shot win over Carlota Ciganda.

The Spaniard went one better with a best-of-the-week 63, she was six under for her first seven holes, but Park was too good.

It was some effort for the World No 2 as she had to withdraw from her last event in China because of a cyst on her left middle finger.

Park’s compatriot Sei Young Kim, who has won three times this season, was third. World No 1 Lydia Ko chose not to play with the Tour Championship taking place this week.

What Park said: "I think it was definitely the putter, it was really good this week.

“I made a lot of birdies this week, it was a lot of fun with Carlota playing so well, I didn’t know I needed an eight under to win.

“So it was almost a perfect day, I didn’t make any mistakes, so I was able to focus on my game."