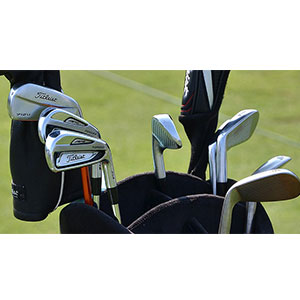 Jordan Spieth played TPC Boston on Tuesday using the 714 AP2 irons he had in the bag when he won this year’s Masters and US Open, Titleist officials have confirmed.

Eagle-eyed spectators noticed the two-time major winner arrive at the practice range around 4pm on Wednesday and those same irons were still in his bag.

Last week before the start of the FedEx Cup Playoffs, Spieth turned heads by deciding to switch his irons and revert back to a set of the yet-to-be-released Titleist 716 AP2 irons. Titleist made a set of those particular irons just for Spieth and the American game them a whirl. However, the company’s PGA Tour reps had anticipated Spieth would transition into the new clubs during his off-weeks after the Presidents Cup.

Spieth suffered his third missed cut of the season last week when he shot a 74-73 at Plainfield Country Club. This week’s Deutsche Bank Championship begins on Friday and Titleist’s Tour reps are expecting Spieth to use his older irons, which have been fitted with Project X 6.0 shafts.