Lee Westwood completes yet another victory on Asian soil 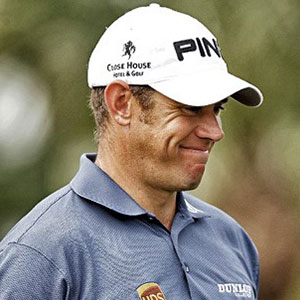 Lee Westwood has completed a hat-trick of Asian Tour wins after a narrow playoff victory against Thailand's Chapchai Nirat after blowing a five-shot lead.

It was a 42nd career win for the Englishman - just days after his 42nd birthday.

"I was lucky that I already had a read on (my putt on) 18 for the playoff," Westwood said.

"It was a tough day out there.. but managed to battle back.

"Its nice to have won here three times, its a good hat-trick."

Westwood, winner of the event on his two previous appearances in 2011 and 2012, slumped to a final round of one-over-par (73) and seven-under total of 281 destroying his comfortable overnight advantage.

"To come to this tournament and winning it three times is obviously extra special," said Westwood.

"I’ve never been beaten around this golf course which is great and this win will give me the confidence for the year ahead.

The Englishman failed in his attempted birdie putt on his final hole, which sent the tournament into a playoff.

Chapchai had begun the final day seven shots behind Westwood, but he produced a six-under 66 to give himself an opportunity.

Westwood spoke highly of his Asian Tour counterparts, saying: "There are a lot of good players on the Asian Tour now and the standard is getting higher on this Tour and it’s harder to come over here and win.

"I’m very fortunate as I have my success over the years in Asia and I’ve witnessed myself how the Asian players have been improving."

But Westwood atoned for his earlier errors, and made no mistake on the 18th in the playoff.

"Fortunately in the play-off, I hit it into the exact same spot, I knew the line and it was a nice straight putt for the win."

The 42-year old's birdie on the first extra hole to edged out the four-times Asian Tour winner Chapchai.

"When I started out, I told myself a top-three finish would be fantastic, considering how good Lee has played this week," said Chapchai.

"Getting into the play-off was a bonus and I’m very proud of myself despite the defeat."

Australia's Kalem Richardson finished third after a strong 66 left him at six-under, with Dane Thomas Bjorn (70) a further shot back in fourth and former US PGA Champion Yang Yong-eun (71) in a share of fifth.