Lydia Ko back on top of the World 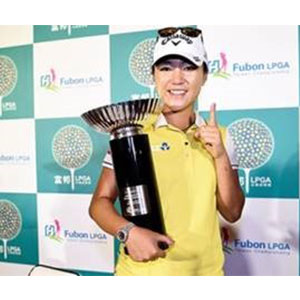 The 18-year-old New Zealander went back to World No 1 as she added another collection of records with this nine-shot victory.

She becomes the youngest male or female to reach 10 wins at 18 years, 6 months and 1 day old, breaking breaks Nancy Lopez’s LPGA record by nearly three and a half years.

The margin of victory also marks the largest of her career, she won her first major title last month by six shots at the Evian Championship. Ko now leads the LPGA Tour in nearly every major statistical category including Official Money, Race to CME Globe Points, Scoring Average, Rolex Player of the Year and Top 10s.

And she did with a closing 65, with birdies at four of the first six holes, to finish well clear of Eun-Hee Ji and Se Yeon Ryu at 20 under with Charley Hull in fourth and Suzann Pettersen fifth.

Afterwards she dedicated the win to former New Zealand Golf president Patsy Hankins who died last week and was someone Ko considers a mentor in her junior days.