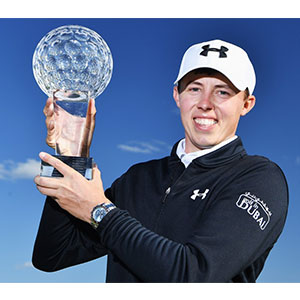 Matt Fitzpatrick picked up his second European Tour win and strengthened his chances of making a Ryder Cup debut after a dominant victory at the Nordea Masters.

The 21-year-old held a five-shot lead overnight at Bro Hof Slott Golf Club which fell to just two around the turn as Nicolas Colsaerts attempted to assert some pressure on the Sheffield-born star.

But Fitzpatrick held his nerve as others failed to do so securing a final round of 71 to triumph by three shots over Denmark’s Lasse Jensen, who secured a spot at next month’s Open championship.

What Fitzpatrick said: “It was great, I’m delighted to win.

“It was a great final day for me and I managed to hold onto my lead fairly well and get the win. I felt like today was the round were I would be under the most pressure.

“I was keeping an eye on where I needed to get to but I was just taking one hole at a time and I was so zoned-in to my own game, I didn’t know what was gong on around me half the time.

“I’m a million miles ahead of schedule. It’s been a tough past few weeks and all of a sudden you turn up and pick up a win.”