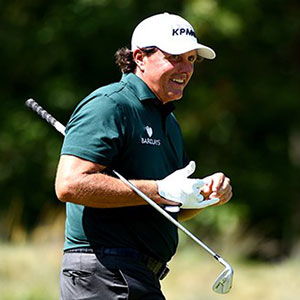 Two weeks ago it was widely reported how Phil Mickelson lost a $5k bet to teenage Aussie amateur Ryan Ruffels.

It was thought that the left-hander might have been trying to help recruit Ruffels for a place at Arizona State University where Mickelson’s brother Tim is the head coach.

Supposedly Ruffels, who has since turned pro, was given odds of 2-1 and a $2,500 bet was struck. The Aussie then birdied six of his last seven holes to win. Or maybe not.

Ruffels went on social media to play down the incident and stated that there had been inaccuracies with the amount, and his scoring.

The likelihood is that he won’t get a game with Mickelson in the near future after the three-time Masters champion had this to say in his press conference this week.

“He’s young,” Mickelson said, “and he’s got some things to learn.

"And you certainly don’t embellish and create a false amount just for your own benefit.

"So those things right there are – that’s high school stuff, and he’s going to have to stop doing that now that he’s out on the PGA Tour.”