Muirfield has been restored to the Open rota after its members voted overwhelmingly in favour of allowing female members to join its prestigious club.

The Honourable Company of Edinburgh Golfers initially rejected the motion to allow women members last May, with the club being immediately removed from consideration for hosting any future Open championships by the R&A.

However, in a second ballot, 498 voted in favour of allowing women members, verses just 128 votes against, in a turnout of over 92 per cent of members eligible to vote.

"This is a significant decision for a club which was founded in 1744 and retains many of the values and aspirations of its founding members," said club captain Henry Fairweather. "We look forward to welcoming women as members who will enjoy, and benefit from, the great traditions and friendly spirit of this remarkable club".

Yet it could still be a while before the first female golfer is appointed, with a waiting list for memberships at around two years. 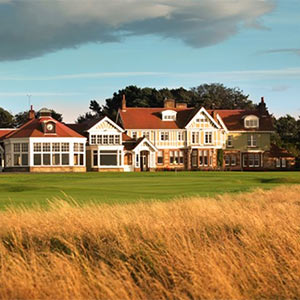 A club statement read: "The current waiting list for membership at Muirfield suggests that new candidates for membership, women and men, can expect to wait two to three years, or longer, to become a member of the club."

Following the announcement of the second ballot, R&A chief executive Martin Slumbers confirmed that Muirfield will now be considered for The Open; although it cannot be held there until at least 2022.

"In light of today's decision by the Honourable Company we can confirm that Muirfield will become a venue for The Open once again," said Slumbers in a statement. "Muirfield has a long and important history of hosting The Open and with today's announcement that will continue.

"It is extremely important for us in staging one of the world's great sporting events that women can become members at all of our host clubs. Muirfield is a truly outstanding Open venue and we very much look forward to taking the Championship back there in future."