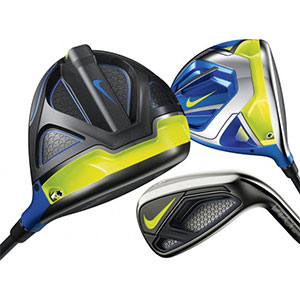 The new Nike Golf Vapor Fly series has arrived and they’re designed to provide an overall higher launch angle for greater performances. Rory McIlroy, who was instrumental in the design of the Vapor Fly Pro driver, loves forgiveness and distance at a premium in his clubs, so this new range is the perfect compliment to his ability.

“I think every golfer looks for forgiveness to make their bad shots better,” says McIlroy. “It’s phenomenal to know that when you have a very forgiving driver like this, even if you don’t quite catch [the ball] off the middle of the face or put a good swing on it, that it still has a chance to go the same distance and be in the fairway as if you hit a good shot. To have that much confidence in a driver standing over a tee shot is great.”

Vapor Flex 440 driver is a breakthrough in head construction, with more than 60 percent of the club built from carbon fiber reinforced RZN; a proprietary material that Nike uses in both clubs and golf balls. RZN is an extremely light, yet strong material that allows for even more weight to be repositioned forward and down for adjustability and forgiveness.

The Vapor Fly Pro Driver utilises a very familiar 460cc pear-shaped head which creates a strong trajectory with low spin but – on the inside, the club has been finely tuned to help all golfers perform at the highest level.

The Vapor Fly Fairway Wood uses Nike Golf’s Tour-Authentic chassis with upgraded technology to drive performance. Utilising the same technology found within the drivers, the club features an extremely thin and light Flightweight Crown to move weight lower for a higher launch angle, with less spin. Five models with an innovative new FlexLoft Fairway hosel allow for lofts from 12 degrees to 22 degrees, at a standard or upright lie angle for a tour-level fit.

The Vapor Fly Hybrid was completely redesigned for 2016. Working with Nike athletes such as Francesco Molinari, Nike Golf engineers created a hybrid with a refined, tour-driven profile to maximize versatility and shot making.

Engineers from The Oven set out to create a set of irons that launch the ball higher and farther, offering forgiveness with more workability than a traditional game-improvement iron. Meet the Vapor Fly Pro Irons. 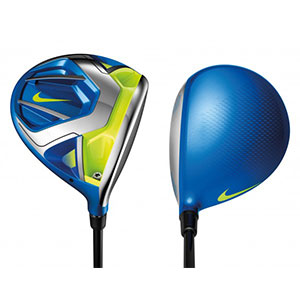