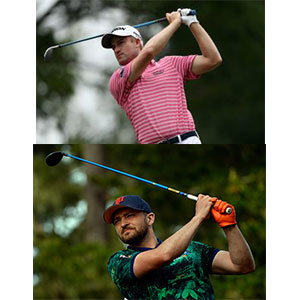 Russell Knox might not have got the nod for the Ryder Cup but he has been mistaken for Justin Timberlake.

It might seem an odd lookalike but it‘s not a million miles away even if the Scot’s wife, former tennis player Andrea Hernandez, was not buying into it.

But it seems that the woman’s excitement didn’t last too long… “She gets five steps away and was ‘Oh’ and walked away.”

Whatever the passing similarity it makes a nice change from Nick Faldo and Harrison Ford which has been doing the rounds for the last 30 years.