Paratore doing it for the kids at the Nordea Masters

Renato Paratore of Italy became the 11th youngest winner in European Tour history (20 years, 172 days) and the youngest Matteo Manassero (who walked the final few holes with his countryman) at Wentworth four years when he picked up the Nordea Masters.

Paratore shot 70 at Barseback to beat English duo Chris Wood and defending champion Matt Fitzpatrick, the former came to the 72nd hole needing a par to make it a play-off but he drove into trees and had to take an unplayable.

The good news for Wood is that it looks likely that he will get inside the top 60 in the world and, should he stay there until June 12, he will be eligible for the US Open at Erin Hills. 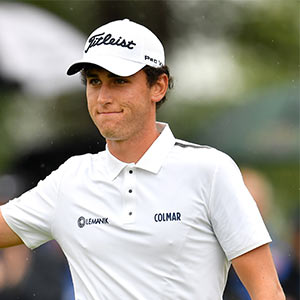 George Coetzee had the round of the day with a seven-under 66 but the South African came up two shots short.

Paratore said: “The key points were on eight and nine where I made birdie to come back after a bit of a difficult start. I played more or less solid and the last three holes I managed three very good pars.

“It’s big for my confidence because I was looking for this win the last year and now I’ve achieved that.”