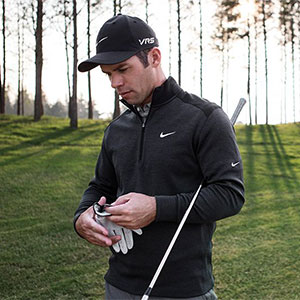 The controversial decision from Paul Casey to refuse a European Tour card for this season and thus rule himself out of Ryder Cup selection has taken another twist after the Englishman lashed out at European Tour officials.

Casey rendered himself unavailable for participation in this year’s Ryder Cup, which takes place in September at Hazeltine National, Minnesota.

European Tour chief executive Keith Pelley insisted his organisation made it “very easy” for all players to keep hold of their membership after cutting qualifying requirements from 13 tournaments to just five – a number well below the norm and one which excludes majors and World Golf Championships.

However, World No.30 Casey revealed he was frustrated with the current setup and claims his position inside the world’s top 50 puts him at a distinct disadvantage under the new rules.

"I was really frustrated when I read Keith Pelley's press release," he told the Times. "It was infuriating actually. He was saying he had done everything he could to make it easier for Paul Casey to play the European Tour. Keith Pelley – you did not. He made it easier for guys outside the top 50. I appreciate that, don't get me wrong.

"I have had no second thoughts. As recently as the Open last year I was leaning towards joining the European Tour. But, deep down I was hoping there would be a shift in the membership requirements.

"The reality is that there hasn't been. Not for me anyway. I know the new rules help those outside the top 50. But I'm inside the top 50 and so playing five outside the WGCs and the majors is pretty much exactly the same as what they wanted from guys in my position before the rule change.

"I like to think that, if Samuel Ryder were alive today and saw the present situation, he would be saying that this was not what he envisioned when he came up with the original idea for the matches. Last time I looked I was European, so that should be enough to make me eligible. I've never agreed that to be eligible you should have to be a European Tour member."

Seven Europeans current sit above Casey in the rankings, but the 38-year-old doesn’t believe that tells the full story.

"I don't believe there are 12 players better than me," Casey said. "That's my opinion. And I've heard it from others. I take that as a huge compliment. And the whole hoo-ha I take as a compliment. If people didn't ask me about it, it would mean I was irrelevant.

"I don't care about relevancy, but it tells me they think I am capable of winning big events and all the rest of it. I smile. Which is why I'm not bored with the questions. But they do make me chuckle."

Pelley is staunchly in defence of the Tour’s requirements change, insisting the new rules were there for a good reason and did not favour players outside the world’s top 50.

He said: "We made a number of changes to our regulations to make it easier for all our players – inside or outside the top 50 in the world -- to retain membership for the 2016 season, not just the change from 13 events to five but also announcing that the Open de France would count as two events played, in addition to the Olympic Games counting. I also said in November that I fully respect Paul's decision and that has not changed."