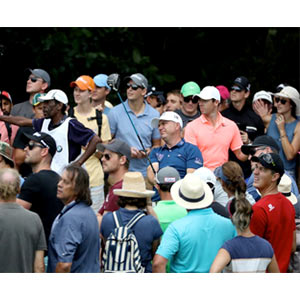 Graeme Storm had one of the strangest end of seasons in 2016. The 38-year-old lost his card by a mere 100 Euros after a bogey at the last in Portugal. That was on October 23.

By November 7 he had retained his card after Patrick Reed failed to play in enough events and now, nearly 10 years after his first win in France, he has his second victory. And he did it in a play-off with the World No 2 Rory McIlroy. Challenge Tour champion in 2016 Jordan Smith finished a shot outside the extra holes.

Storm led by three at the start of Sunday but McIlroy, who was still struggling with a back problem and may be a doubt for Abu Dhabi this week, was ahead after the Hartlepool player three putted at 14 for his first dropped shot in 55 holes.

McIlroy then dropped a shot at the penultimate hole after finding a stinker of a lie in a greenside bunker and the pair then replayed the 18th three times. On the final time the four-time Major champion came up short and left and then missed this eight-footer.

For Storm he now has an exemption until the end of the 2018 season.

What Storm said: “It’s been incredible and I can’t quite believe it. This is a dream come true, especially after what happened to me last year with my card. I really took a lot from that experience and told myself to try and grasp the opportunity of getting my livelihood back with both hands and I have done that.

“I hung in there and didn’t play my best stuff but I knew if I could hang in there that I might get my chance and thankfully it came. It really means everything to me to be in the winner’s circle again.

“I have been to hell and back to be honest with you. It’s been an absolute rollercoaster over the last year and a half – especially the end of last year. There was pressure today but not the same pressure as trying to keep your European Tour card. That’s real pressure and something I don’t want to feel for a long time.”