PGA of America cancels Grand Slam of Golf for this year 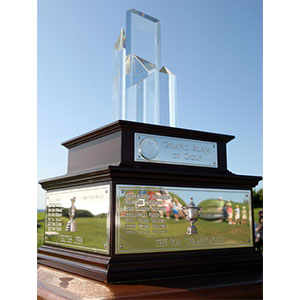 It’s an elite event which brings together the winners of the season’s four majors, but this year’s Grand Slam of Golf has been scrapped due to venue complications, the PGA of America said on Thursday.

The 36-hole stroke-play event had initially been scheduled for October 20-21 at Donald Trump’s National course in Los Angeles but now those plans have been abandoned in July after a mutual agreement between Trump and the PGA of America.

"Due to the timing and logistics needed to stage the PGA Grand Slam of Golf to the highest standards, we are disappointed that we will not be able to conduct the event this year," the PGA of America said in a statement.

"This was a memorable year for major championship golf and the PGA of America congratulates Jordan Spieth, Zach Johnson and Jason Day on their impressive wins. We look forward to conducting the PGA Grand Slam of Golf in 2016."

Among the players expected to compete this year was Masters and US Open champion Jordan Spieth, British Open winner Zach Johnson and Australian Jason Day, whose heroics last month saw him lift the PGA Championship trophy.

Trump was recently criticised over comments he made about undocumented immigrants from Mexico during his speech to win Republican candidacy for US president, which has seen the mega-rich tycoon soar in the opinion polls as his popularity continues to grow. However, his comments are said to have prompted the PGA at that time to seek out a different venue for the event.


Are you disappointed about the Grand Slam of Golf’s cancellation, or is this a good time to give the event a rest? Let us know by sharing this story and commenting.