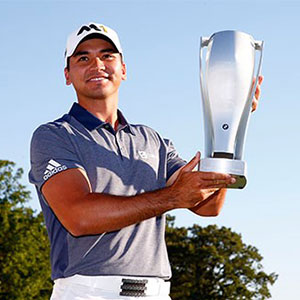 It’s been quite a few weeks for Jason Day. His first Major, two more wins, leading the FedEx cup and now the Australian is the world’s number one golfer.

His form going into the BMW Championship was pretty hot to say the least.

The way he dismantled the field to win by six shots on -22 is the sort of dominance we haven’t seen from any player for quite some time.

“You know, to put it into words, it's quite shocking, really, to really understand what I've accomplished.

“Golfers have accomplished this kind of feat before, but for me personally, I thought I always had it in me, but just to be able to do it and play the way I have and finish the way I have has been a fantastic ride.

“This week has been a bit of a whirlwind, especially with how I started the week, shooting 18-under par through the first two rounds and then on top of it, the last two days were very, very emotional for me, very hard to sleep at night, knowing that I had the chance to get to No. 1.

“And obviously I talk about it freely now, but it's been very, very difficult for me to try and downplay getting to No. 1 because I've really wanted to reach this goal for a very long time now.”

Day’s weekend score of -4 was all that was needed to back up his 61 and 63 and still canter to victory.

American Daniel Berger was the closest challenger on -16 with Scott Piercy a further shot back.

Rory McIlroy and Ricke Folwer were among the group in a tie for fourth on -14.

Unfortunately for everyone else, Day isn’t done yet.

“The way I feel about my game, confidence level has been the highest I've ever had in my entire life, especially as a professional. But it's just -- it's been an amazing kind of run for me, and now it just tops it off even better just being able to get to No. 1 in the world.”