Playing golf can add years to your life, researchers claim 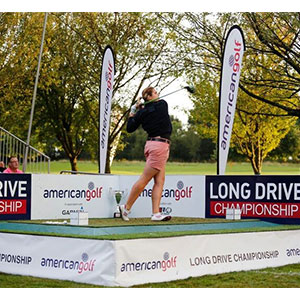 If you play golf then good news: you’re probably likely to live longer and be much healthier for it after a study was published in the British Journal of Sports Medicine.

The major study claims that people who love to hit the greens will live longer and may also avoid 40 chronic diseases such as diabetes, breast and colon cancer.

Researchers reviewed 5,000 studies into golf and wellbeing and found the sport has a very high physical and mental health benefit for people of all ages. The research also found that life expectancy is increased by five years.

For the older generation, balance and muscle endurance is improved by playing golf, which is likely to help in maintaining a strong cardiovascular, respiratory and metabolic health status.

"Given that the sport can be played by the very young to the very old, this demonstrates a wide variety of health benefits for people of all ages.

“One study in Sweden found regular golfers lived an average of five years longer than non-golfers."

He also added that only 55 million people – which equals about one per cent of the world’s population – actually indulge in golf as a sport or hobby. Those numbers, he pointed out, need to increase.

"Anyone can play golf - from the age of four to 104 - and now there is six-hole golf and speed golf which is making it more accessible,” Dr Murray added.

"We have to get away from the idea golf's only a rich man's sport - 78 percent of the courses across the world are available for the public to play on, not just members."


The findings were published in the British Journal of Sports Medicine.