Englishmen Ian Poulter and Paul Casey look set battle it out for the Honda Classic title with the pair tied for the lead on seven under par. 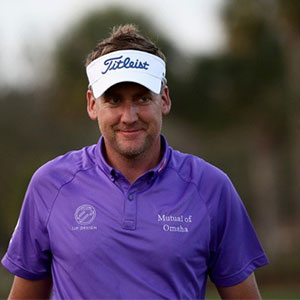 The weather-affected event at PGA National, Florida, will finish on Monday with Casey currently four under for his final round through nine holes and Poulter two over through seven.

USA Ryder Cup star Patrick Reed is one shot behind the pair with Phil Mickelson among a group on -4.

Halfway leader Padraig Harrington has slipped to -3, currently in a tie for ninth place.

Poulter admitted he was furious after dropping three shots on the fifth and sixth holes but bounced back with a birdie on 7 before the light faded.

“I didn't even realize that I had a three shot lead at that stage but I was in cruise control, shall we say, not making bad swings,” Poulter said.

“You take your foot off the accelerator for one second, all of a sudden, you find yourself completely out of position making an easy double bogey.

“I was internally very angry, shall we say. And when I do that, obviously my heart rate goes up slightly and obviously that sometimes is what needs to kick in to kick in the adrenaline. So the shot on 7 was fueled with adrenaline, because I was so pissed off.

“I’m playing good. So I need to be patient, keep making the swings I've made throughout the whole of today and when I do that, I'm obviously going to hit good shots, give myself looks. If I take a few chances then obviously I'm going to be in with a chance.”

Following last week’s play-off defeat, Casey claims he is in some of the best form of his career looking to chase down a second PGA Tour win.

“I think the combination of being extremely happy off the course and confidence on the course, Casey said.

"I think I'm maybe playing as good of golf, if not better than I've played in the past.”