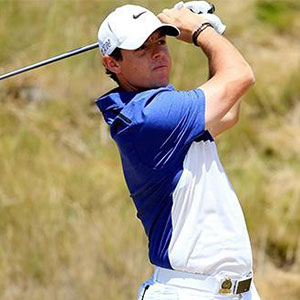 At Augusta in April it was Rory McIlroy who dominated the build up to the season's opening Major. So much so that you could almost feel the weight of expectation on his increasingly broad shoulders yourself.

At Chambers Bay it was Phil Mickelson's turn to attempt to complete the Quest – the career Grand Slam. He finished his final round before the leaders had even arrived on the property with a whiffed chip at the last and finished way back in the pack.

While Rory never threatened to win the Masters he did at least post his best finish in the event to date by finishing fourth.

In both cases, all the really matters is that our heroes will have to wait until next year for another chance to join the most exclusive club in golf – and we're not talking about Augusta National or Cypress Point here.

Only five men have won all four of the modern Majors to date. They are, in the order they achieved the feat, Gene Sarazen, Ben Hogan, Gary Player, Jack Nicklaus and Tiger Woods.

Nicklaus and Woods have each completed treble Career Grand Slams. In addition, the peerless amateur.

Bobby Jones won his own version all in the same year – capturing the US Open, US Amateur, Open and Amateur Championships in 1930.

Rory and Phil are in the distinguished level below, part of a group of 12, who only need one to complete the collection.

It adds pressure to their jobs in different ways.

Rory has all the time in the world but with every passing year it must feel more difficult for him to win at Augusta. And unlike all the other Majors, he can't wait until the Masters arrives at a layout that suits his eye.

Phil, meanwhile, is running out of time. Six times he has finished a runner-up in his national open. He will be 45 next month.

At Chambers Bay he started well, which is the bit Rory has struggled with in the season's first two Majors. A 69 left him on the first page of the leaderboard. In truth, his play deteriorated as the round went on and that theme was continued into an untidy Friday effort that added up to 74.

That left him on the fringes of contention – after Saturday's 77 he was an also-ran. Out with a whimper, his big week ended up being nothing of the sort.

As for Rory, his US Open was not dissimilar to his Masters performance. It seems he is still learning how to arrive at these weeks in a state of equilibrium.

He knows he's the best player in the world, he knows he's a great front-runner and you sense he is so desperate to hit the top of the leaderboard that he becomes a little over-wrought in the early stages.

You can especially understand that at the Masters, what with the eight-month build-up that effectively began the moment he holes the winning putt at Valhalla in last August's PGA.

It was a very similar story at Chambers Bay.

And for all his many qualities, Rory is not yet quite in the same league as some when it comes to patience and gradually working his way back into a tournament in which he has not started as he wanted.

A recurring theme in both weeks has been an inability to convert birdie attempts until it was too late.

Another one has been a long game that is the equal of anyone's and better than the vast majority.

In both weeks, had Rory holed half the putts of Jordan Spieth then he may well have ended them on top. He didn't and that's all that matters.

In both weeks, he mounted admirable late charges but it was too late to influence the tournament in any meaningful sense – which in his case means being able to win.

Still, he could and should take much from the fact that he has posted high finishes in two Majors despite these slow starts.

He won't be able to claim a sackful of Majors without winning at least few the hard way, ugly if you like. You can't always dismantle the field, even if you are as talented as he is. Time is on his side.

The same can't be said for Phil, who will doubtless continue to play on the edge – ever fearless, ever the gambler and never to be discounted.