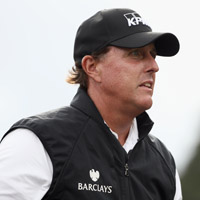 While Tiger Woods has committed to Riviera we are still waiting to discover when his greatest rival (and partner) over all these years will make his playing return.

Phil Mickelson last played at the Safeway Open in October before undergoing surgery on a hernia. Supposedly the left-hander was ‘all fixed up’ after having a walnut-sized hernia behind his belly button removed but he now needs further surgery.

He had hoped to be back at La Quinta on January 19, where he is an ambassador for the event, but it is now unclear whether he will be fit.

Mickelson hasn’t won a title since the Open Championship in 2013.