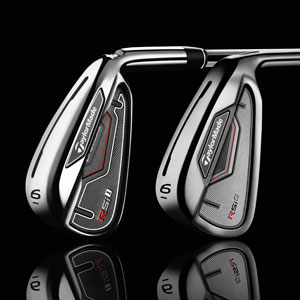 RSi stands for R Slotted Iron, and the name should give a good indication of what players should be expecting from TaylorMade’s newest equipment launch. Taking all that it learned about flexible faces with its Speed Pockets in the sole of previous irons, the RSi irons will benefit from Face Slots to gain even greater momentum in swing and excellent ball control.

So what does the Face Slot do? Well it serves the same purpose as the Speed Pockets on the sole, which help to provide additional distance on off-centre hits. The face slots are placed vertically on either side of the grooves.

Three brilliant RSi iron models will be available when they hit american golf stores and online. Those models are the RSi 1, RSi 2 and RSi TP, which TaylorMade said will make its retail appearance slightly later than its mates but will be well worth the wait.

"The slot in the sole gives you extra speed when you hit it down low (on the face)," said Tomo Bystedt, TaylorMade’s director of product creation for irons, putters and wedges. "Subsequently we got the idea: What if we could bring the same concept to heel and toe misses.

"Golfers miss it everywhere. So how do you fix heel and toe misses? We invented kind of a three-dimensional system. We're making every miss better than it would be if we didn't have this system." 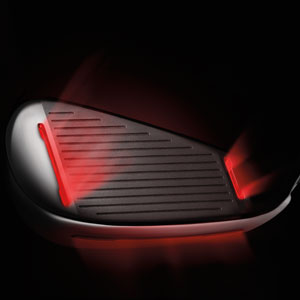 All the slots in the sole and face work to allow the face to generate additional flex upon impact. So if a player hits a heel or toe shot, the amount of flex will be increased in and around that area of contact.

The eagle-eyed among you may have been watching recently for a TaylorMade player to pull one of the RSi irons from his or her bag, but unfortunately it’s unlikely that anyone will get to see the irons in use until the official release. Members of the TaylorMade Touring pro staff have been testing the RSi, but as of yet they are not permitted to use them in competition. The iron may make an appearance this week in Las Vegas at the Shriners Hospitals for Children Open.

So let’s talk about the individual clubs and what they offer a player. The RSi 1 features a thin face and deep undercut cavity. It has been designed to take maximum advantage of Face Slot technology; intended to be an iron well-suited for the average golfer.

The RSi 2 will be the one most eyed by Tour pros as this model exhibits what TaylorMade calls Progressive Multi-Material Construction. This means that the 3 through 5 irons are cast from 450 stainless steel with tungsten weighting, the 6 and 7 irons are made of 450 stainless steel without the tungsten weight, the 8 through pitching wedge have forged faces, and the remaining wedges – gap and sand – are completely forged.

Then we come to the RSi TP, which can be found right at the opposite end of the spectrum. It is aimed at highly-skilled amateurs and touring pros. The iron contains a 1025 forged carbon steel hosel and face with a 431 stainless steel back.


Keep checking back for more updates about the TaylorMade RSi Irons and when they will be available to buy from american golf stores and online.