The Open 2014: Examining the importance of good irons play


Five-time British Open champion Tom Watson knows a thing or two about winning – but there’s one shot which stands out above the rest; that spectacular 2-iron on the 72nd hole at Birkdale to capture his last major title in 1983.

And he believes that anyone who desires hoisting the claret jug at Royal Liverpool this year would be well advised to practice the same kind of shots. 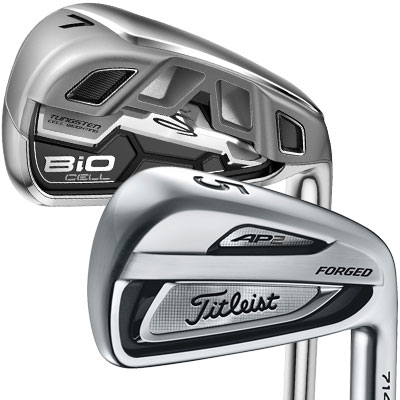 "That's where you beat your competitors, if you're a good long-iron player," Watson told Associate Press. “You hit the shots where you're supposed to when you're a long way from the green."

That theory was proved right in 2006 – the last time the Open was played at this course in northwest England – when Tiger Woods’ driver was glimpsed only once all week as he stuck almost exclusively with irons on the way to achieving an 18-under score and two-stroke victory.

However, that week saw a links course so dried out that it resembled a wasteland of sorts, a place more suitable for livestock than professional golf. The turf was hard and unforgiving, barren save for what little colour the grass poking through the earth provided. Tiger Woods knew, however, that he could get plenty of distance by keeping the ball low and letting it roll, precisely the type of shot the 2-iron is made for.

Fast forward to 2014 and the conditions are much different this time around. Royal Liverpool is greener and softer, thanks in some part to a cooler, wetter summer. And still the 2-iron – all irons - will be vitally important in keeping control of the ball and staying out of the pot bunkers that serve practically as automatic penalties to anyone who strays too close in their sunken direction.

Justin Rose, winner of last week’s Scottish Open and one of the favourites to lift the claret jug, was quick to point out he had won while hitting nothing longer than a 6-iron off the tee when playing the final six holes.

"That's all based upon keeping it out of the bunkers," Rose explained. "You can't play links golf from pot bunkers. They are true penalties. So whatever the club is, if it's a 2-iron or 3-iron or 4-iron or 5-iron, that's why they are important clubs to keep it in the fairway."

The same sentiments are echoed by defending champion Phil Mickelson, who stated he feels like he’s driving the golf ball as good as he ever has, but will be opting for a 2-iron this week. A club he rarely uses, yes, and perhaps some eyebrows will be raised should the American pull the 2-iron from his bag, but it’s results that matter and ‘Lefty’ is looking to add another major to his already overbalanced trophy cabinet.

Describing the 2-iron, Mickelson said it was "very important and instrumental in my success here."

"I will carry a driver. But it will be very situational depending on the wind, pin placement and how I'm feeling at the given moment."

World No.1 Adam Scott always uses a 2-iron in his bag, and says he’s looking forward to using it at The Open.

"For here, it's perfect," he said. "I don't have to do anything with it, other than swing."

And depending on the wind, Northern Irishman Rory McIlroy thinks he will divvy up his tee shots between the driver and the 2-iron.

"I usually carry a 5-wood instead of a 2-iron," McIlroy said. "I just think for this terrain and the conditions and the wind, the 2-iron just goes a little bit lower, and there's a bit of a better flight on it, which is obviously better for these conditions."

So it seems that irons will be all the rage at this year’s British Open, with all the top players opting to have them in their bag.

Be sure to keep right up to date with the 2014 Open Championship here at american golf, with updates on whose looking most likely to win, whose leading the pack and who should have stayed in the clubhouse.

Also be sure to check out our huge range of golf irons, from Nike and TaylorMade through to Callaway and Mizuno, this is the place for all your golfing needs. At american golf, there’s no maybe.