Tiger is no longer horizontal and holing everything, nearly...

Here’s your weekly Tiger watch ahead of the Masters. Brace yourself…he’s ‘trying everything to be able to get back and play’.

Woods was appearing on ABC’s ‘Good Morning America’ to promote his new book about winning the 1997 Masters and he did what he does best, said enough without telling us anything. 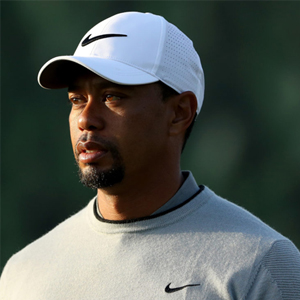 The 14-time major winner hadn’t made a public appearance since pulling out in Dubai and, after all the reports of having to stay horizontal last month, he looked relatively sprightly and his putting stroke looked pretty solid. He even looked relatively normal in a suit.

As for the prospect of making it to Augusta he said: “God, I hope so. I’m trying. I love that event. It’s meant so much to me in my life. It has so much history and meaning to me, I’d love to get back.

He is still available at 85-1 to win a 15th major which might be the worst bet you’ve ever had a bet on.