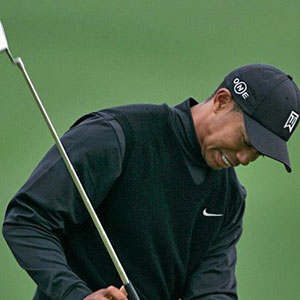 Tiger Woods has dropped out of the Official World Golf Ranking top 100 for the first time in nearly 20 years.

The 14-time major winner has endured an injury-plagued two years and after making his comeback earlier this year struggled for form.

As a result, Woods has now dropped to 104 in the latest ranking - remarkable for a man who spent 683 weeks as world number one.

Woods withdrew from the Farmers Insurance Open in San Diego on February 6 citing back problems but then announced an indefinite break from the sport describing his performances as “unacceptable”.

The 39-year-old is still hopeful to compete at the Masters.

Valero Texas Open winner Jimmy Walker has moved up to 10th in the world ranking with runner-up Jordan Spieth edging ahead of Jason Day and into 4th place.

Dustin Johnson has moved upto 7th and Englishman Justin Rose has dropped out of the top-10, falling to 11th spot.

The top 50 in the rankings the week before the Masters earn invitations to Augusta National, and the four aforementioned names were the only ones in the top 50 who weren't already qualified.

Scotland’s Ritchie Ramsay was the big mover of the weekend after his victory at the Trophee Hassan II propelled him from 128 to 77th.