Was Chambers Bay is mistake by the USGA? 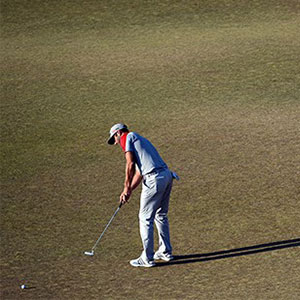 When the World's best golfers began complaining about Chambers Bay in the months leading up to the US Open, it was difficult to take notice until we could see the course in action.

And that we did.

Completely baked greens were described by Henrik Stenson as like “putting on broccoli" with current World Number One, Rory McIlroy countering the Swede's claims: “I think they’re more like cauliflower. Look, they are what they are, everyone has had to putt on them."

Although he was quick to disregard the greens as an excuse for many of the tournaments competitors: “It’s all mental, said the Northern Irishman.

"Some guys embrace it more than others, and that’s really the way it is.

"It is disappointing that they’re not in a bit better shape.”

Billy Horschel took to Twitter to vent his frustrations at the less than impressive greens: "Worst rolling greens I've ever putted on," he said.

This is in a complete tangent to the “billiard table" greens as described by Larry Gilhuly, the Agronomist for the West Region of the USGA, which means he helped head up the team that prepared the course for the U.S. Open.

“These are superb putting conditions," he stated.

With changing par holes, changing pin positions combined with rock hard fairways this is a test that even the best have lambasted.

Eventual champion Jordan Spieth was heard on camera describing the 18th hole as the "dumbest hole" he'd ever played in his life.

Sergio Garcia likened the conditions to that of an NBA basketball court, saying: “To me, this is like playing the NBA Finals on a court with holes and slopes and no backboards."

But all of these criticisms were mild when compared to that of 1965 US Open winner Gary Player.

“This is the worst golf course I might’ve ever seen in the 63 years as a professional golfer," said the 79-year old.

"The USGA, who I admire and have chosen great golf courses in this great United States of America — they’re preaching speed of play. Enjoyment. User-friendly.

"This golf course here, if you’re a 10-handicap, you couldn’t break 100 if you had the best day of your life.

"They’ve got pros putting from 20 feet and hitting the ball 20 foot to the right, a man misses the green by a yard and he’s 50 yards down in the valley. I mean I don’t understand it.”

“It’s 7,900 yards long," continued Player. "The world is in dire straits with water.

"Can you imagine the costs to maintain this? And it’s a public course, but they’ll probably charge the public $200 to play it.

"I’d like to challenge anyone with a 16 handicap to do better than 40 over par. It’s basically unplayable.”

“An average golfer playing this golf course? I’m telling you, if he’s a 15, 16-handicap, he’s going to shoot 110 and he’s not going to go home a very happy man,” Player added.

“We’ve got to make golf where it’s quicker, where it’s more enjoyable, get back to their family. We don’t want a husband and wife to argue because he’s taking too long and neglecting his family life.”

USGA executive director Mike Davis lept to the defense of Chambers Bay, saying "it wouldn't be a U.S. Open if there wasn't a little muttering."

Davis, who was consulted throughout the design of the course, said Saturday the putting surfaces are "better than they look. "A lot of it is your eye telling you it doesn't look like it's going to be smooth."