At the 187th time of asking France’s Romain Wattel finally broke through, a closing 69 being good enough for a one-shot win over Austin Connelly (66) of Canada. Connelly, who you might remember from Birkdale where he finished 14th, will turn 21 on Monday.

Kiradech Aphibarnrat was up there all day but, having not dropped a shot all day, threw in a pair of 7s at 15 and 18, both finding water, to drop away. 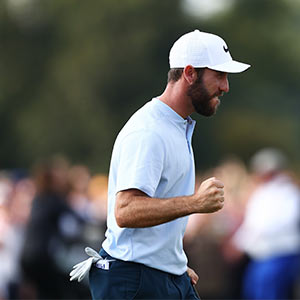 Wattel hadn’t finished in the top 20 all year but picked up four birdies in his first 10 holes and then held on from Connelly. Lee Westwood and Eddie Pepperell were part of a six-way tie for third.

“I came to this tournament, I was playing poorly to be honest,” Wattel said. “Last week I struggled with my game. I’ve been putting really bad the last two years – I think I’m a really good putter but the last two years were tough for me.”