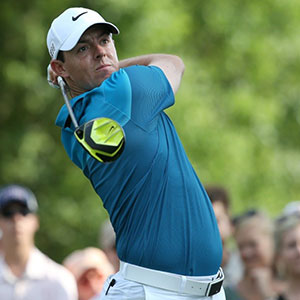 Rory McIlroy once again used his Nike Vapor Pro Driver to devastating effect as he became the first player to win the Wells Fargo Championship twice.

“I’m playing well and I’m really happy with my game,” McIlroy said. “Everything is sort of firing on all cylinders.”

The World No. 1 golfer utilised a bag full of Nike Golf clubs en route to his 21-under finish. McIlroy broke his own course record at Quail Hollow with his third-round, 11-under 61.

McIlroy relied on the Nike RZN Black golf ball for control and accuracy. The ball features an innovative Speedlock RZN core which was created with an interlocking core design to help promote better energy transfer between the layers at impact for faster ball speed, longer distance and more stability into the wind.

The win is McIlroy’s 11th on the PGA Tour, with his 10th coming just two weeks ago at the WGC-Cadillac Match Play. It also marks his fifth top-10 finish in just seven starts this season.