Who won what and where this week in golf? 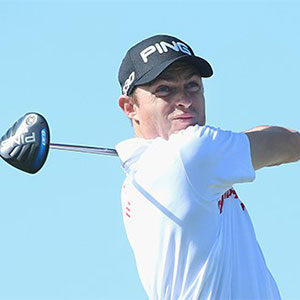 We’ve all been glued to The Open at St Andrews but there’s still been a lot of other golf going on around the world.

A third PGA Tour victory for Scott Piercy having begun the season on a medical extension following surgery to his right arm last year.

The American began the day with a four-shot lead and then birdied four of his first six holes, he eventually won by three from Will Wilcox who has pretty much tied up his card after just 13 starts.

This was his third PGA Tour victory, the last came in Canada three years ago.

What he said: “I just knew it was a matter of time coming back and it’s been a long road, but my whole goal after having surgery was to come back better. The way I played compared to my last two victories was a lot better. I mean, I flushed it, I struck the ball so well, and so I would say I’m kind of where we imagined I would be.”

A maiden win for the Korean after coming through a play-off against her compatrot Ha Na Jang.

Choi, who shot 29 for nine holes at last week’s US Open, shot a 66 and then made a par at the first play-off hole as Jang bogeyed.

Choi’s dad said he would caddy for her until she won a tournament, he can now get his wish on her 157th LPGA start.

Defending champion Lydia Ko showed some good form ahead of Turnberry in two weeks. The World No. 2 led by two at the turn but eventually came up one short.

What she said: “I can’t believe it, it’s my dreams coming true. I work with my father eight years and somebody say like that’s why I don’t win, just for my caddie. You know, like the first time win is hard, but second and third is easier. Hopefully this is a turning point for me.”

The Welshman is one win away from an automatic return to the European Tour after picking up a second win of the season. The 30-year-old Welshman began the day four clear, was pegged back by the 7th before three birdies in the last six holes gave him a two-shot victory. Australia’s Geoffrey Drakeford took second spot with a closing 64 while Scotland’s Braley Neill finished with a 65 for a share of 11th.

What he said: “It was a little closer than might have hoped. It’s just really nice playing well again, I haven’t played well for a number of years but have worked hard and it’s nice to see the results. It doesn’t matter what level you are, whether a professional of amateur, you just want to play well.”