What we learned at Erin Hills: Will Fowler and Matsuyama get a better chance?

If these two, or indeed the golfing world in general, had known two years ago that the next seven majors would be claimed by first-timers then Messrs Fowler and Matsuyama could have been forgiven for liking their chances. Yet here we are halfway through the 2017 major season and they remain incomplete.

At Erin Hills, it wasn’t for the lack of trying – they could hardly have been closer. Yet the flip side is they will rarely have a more obvious chance in a week when the likes of McIlroy, Johnson, Day and Spieth were nowhere to be seen. 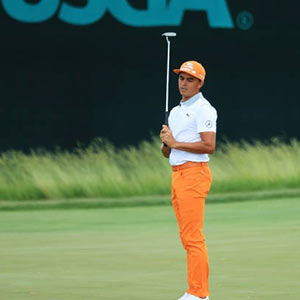 While Fowler started at breakneck speed then treaded water for much of the final 54 holes, Matsuyama laboured to an opening 74 then charged through the field. His closing 66 was a best-of-the-day effort but it wasn’t enough to thwart Brooks Koepka’s final-day procession.

Of the two, it is surely Fowler who has greater cause for concern. He has failed to capitalise on strong starts at a number of majors now.

Still, if they are beginning to wonder if and when their time will come, they need look no further than Sergio Garcia for inspiration.