Rose has pretty much changed his entire bag since he lost in a play-off at the Masters in April. No one really expected a Justin Rose WITB when they went to bed on Saturday night as the Englishman was EIGHT shots behind 54-hole leader Dustin Johnson. But a 10-shot swing with Rose firing a 65 and Johnson a 75 gave Rose a two shot victory over Johnson, Henrik Stenson and Brooks Koepka.

It was Rose’s first win since the 2016 Olympics – his last regular tour win coming at the Zurich Classic in 2015.

Rose went toe-to-toe with Sergio Garcia before losing in a play-off and we have seen quite a few equipment changes since then.

The 37-year-old has switched from the TaylorMade M2 to the M1 driver. The M1 has more adjustability to fine-tune spin and shot shape and Rose has a little bit more weight in the heel to promote a draw. 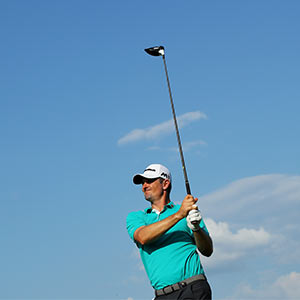 He uses the 2016 M2 3-wood – one of the best fairway woods released in recent years.

We first saw the Rose Proto irons after the Masters which are a slightly modified version of the new P730. The Rose Proto were created with input from the player himself.

Rory McIlroy has his Rors Proto and Johnson the DJ Proto but it’s Johnson’s irons which are the closest to the models available to members of the public.

There has been a bit of a merry-go-round with Rose’s putter this year as he’s used a few from the new TaylorMade TP Red Collection.

The model in play in China was the Ardmore 2 but we have seen him use the Chaska as well.