Does Paul Casey have the perfect mixed bag of equipment? Check out what he used to land only his second PGA Tour title.

We’ve been waiting a while for a Paul Casey WITB and still can’t quite believe this is only his second win on the PGA Tour.

And we’ve long been an admirer of his set-up since Nike left the hardware game as it gives a really good indicator of what a player uses when he can pick any gear he likes.

Casey has switched from the M2 into the new M4 driver but still uses the 2017 M1 fairway wood.

He does carry a brand new M3 hybrid before going into his Mizuno irons.

His 3-iron is a fairly old model in the MP-25 – old as in two or three years, not old as in old – before going into the blades.

We know Mizuno had sent Casey a set of the brand-new MP-18 but he just can’t seem to part with the MP-5 which we’ve seen players such as Luke Donald and Chris Wood use.

As Casey decides to play Vokey wedges rather than being paid to play them, we can understand why he is still using the SM6 rather than the new SM7.

The SM6 was such a strong product and although there are improvements in SM7, they are quite subtle. 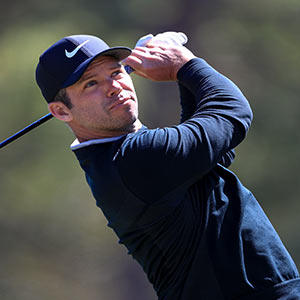